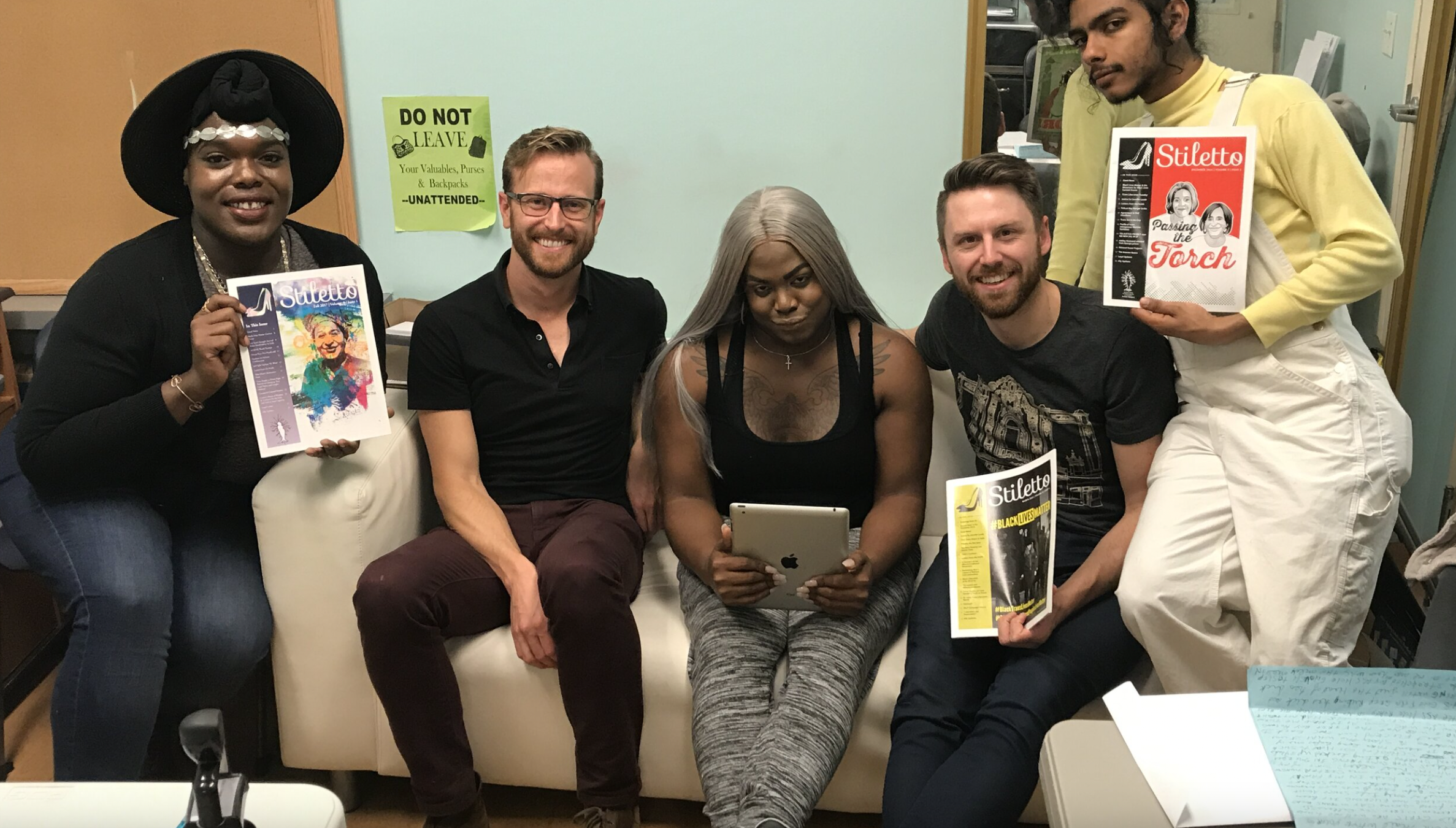 Jack Beck (second from left) and an awesome team at the Transgender Gender-variant and Intersex Justice Project (TGIJP). Courtesy of TurnOut.

Jack Beck founded TurnOut in 2015 with the mission to mobilize volunteers and nonprofits by connecting them with resources, trainings, and support to effect high-impact service for LGBTQ+ causes. Whether supporting homeless queer youth, LGBTQ+ elders, mental health, queer history, or queer arts, Oakland-based TurnOut helps match volunteers with more than 100 queer nonprofits across the Bay Area. We spoke with Jack about TurnOut’s relationship with SF Pride as our volunteer-management contractor, and the changing nature of volunteerism.

This interview has been condensed and lightly edited for clarity.

How did you personally get into this line of work?

I had worked in queer and trans nonprofits my whole career, a bunch of different organizations that were doing important work and never had enough community support — and then I would be out in social environments and people would be like, “Oh you work for a queer nonprofit? How can I get involved?” I wouldn’t need someone at that moment, but I would have needed them a month prior, and had no support.

I knew there were other organizations that probably needed help, but I didn’t know who they were, so I decided to think about having a network of people ready to help queer and trans causes when a nonprofit needed them. So I talked to a bunch of people in queer nonprofits, queer and trans student groups, and employee groups, asking, “Would this be helpful?” Everyone was like, “Yes, make it yesterday! It’s so necessary.” So in 2015, I left my job and started TurnOut.

How many active volunteers do you manage at this time?

We have about 2800 volunteers in our network. Usually, it’s hard to say how many are active at any given time — and additionally, it’s complicated because we work with so many partner organizations, and I don’t know whether to count those volunteers. But within our core volunteer network of people that TurnOut recruited and recommended to our 100-plus partners, we usually have 500 in any given point.

Tell us a little bit about how you came to work with San Francisco Pride.

We started just by recruiting volunteers to support Pride, before we had a formal relationship. When we see a call for volunteers out in the community, we will push it out to our network and make referrals to nonprofits who may have not even heard of us before. In 2019, [SF Pride Executive Director] Fred Lopez and I met at an event at Levi’s, and I mentioned that we do volunteer-management services for large events. We ended up having coffee, and it sounded like a good fit. So now we do volunteer management as a contracted partner.

Given how few in-person events there have been over the last 16 months, what does the landscape look like for LGBTQ+ volunteerism right now?

During COVID, definitely the vast majority of traditional LGBT opportunities we work with disappeared. At the same time, there were all these new needs: Food banks needed a lot of support, people needed stuff delivered to them because they were immunocompromised. A lot of new needs popped up, and a lot of people stepped up to help. It was really inspiring to see so many people get involved in a network to make sure the most vulnerable people in our communities had what they needed during a very difficult time.

Now queer events are happening again, and things are returning to normal. I think COVID was eye-opening, because even the people who had a lot of resources, money, and support were facing a giant crisis that was out of their control. That created opportunities for bridge-building. We were all in the same storm, but it was really cool to see people engage in mutual aid — people who had worked for big corporations delivering mini-fridges to trans women of color who live in SROs. My hope is that the opportunities for intersectional mutual aid that came out of COVID will remain, and people will retain their understanding of what it feels like to be hit by something that you didn’t have any control over and which makes your life really hard.

What’s one COVID-era effort that really made a material difference in people’s lives?

One of the things we did was create a pro bono grant-writing team to support local nonprofits led by trans women of color. They raised a lot of money, and it went to mutual aid for trans women of color in San Francisco and the East Bay, to buy food and medicine and other essential items for people who were already living on the edge, when COVID pushed them right off. That was one area where volunteers were able to make a big difference.

Are you optimistic about the idea of mutual aid, or of people helping people? Or does the need for mutual aid suggest a breakdown of social services, forcing the community to step up?

I don’t really think about it from the perspective of “What I would rather have?” I think queer and trans people have always had to take care of ourselves. We have not been able to rely on mainstream institutions or our bio-families for what we need to survive. Systems of mutual aid and support have kept our communities alive. That’s how it’s been since the beginning of the idea of queer communities.

I think it’s interesting that during COVID-19 that set of skills ended up being applicable to a much-larger group of people, when suddenly the government wasn’t doing a very good job of helping anyone. The federal government, in my opinion, doesn’t do a great job of providing badly needed social services in the U.S., but even in the chaos of a new pandemic where people are still trying to figure out what’s going on, I think it’s really inspiring to see communities come together. We need a lot more help than we’re getting, and TurnOut’s approach to providing help is mobilizing people and converting that raw passion for helping your neighbors into concrete action. We have a lot more power than we realize.

Want to get involved in volunteering for LGBTQ+ nonprofits? Do you need some extra hearts and hands? Check out TurnOut’s list of opportunities, or submit your own here.